You have no items in your basket.

You have no items in your basket.

Reducing the spotting effect from an LED strip to create a completely consistent hue of Light is an effect most designers will be looking to achieve when working with LED strip lighting. For indoor applications, the solution to reduce the spotting effect from an LED strip light is to increase the amount of LED Chips Per metre so that the 120° beam angle from each chip creates a more consistent hue of light.

When using LED strip outdoors creating a consistent hue of light is a more challenging task.

In any LED strip light the heat must be allowed to dissipate sufficiently to prevent the strip from overheating and malfunctioning.
Concealing a High powered LED strip with a High amount of LED's per Metre in an IP rated Coating would cause the LED strip to overheat.
It is For this reason that Outdoor Rated LED strip lights (IP65/IP67/IP68) are restricted to around 120 LED's per metre.

Our solution to this problem is our range of Studio Flex Milky White LED strip lights that feature Frosted IP67 coatings.
Where the IP67 coating on a standard LED strip is transparent the Coating on the StudioFlex Milky White range is frosted to further diffuse the light from the LED chips creating a more consistent hue of Light. The Studio Flex MW range is available in:

All of which come with an extensive 5 year warranty and IP67 Rated silicone coating suitable for outdoor installation where the LED is not permanently submerged in water. 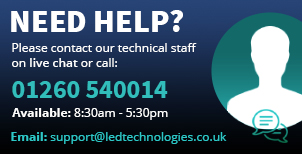 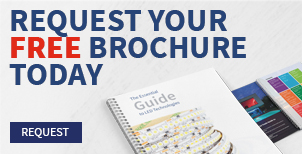 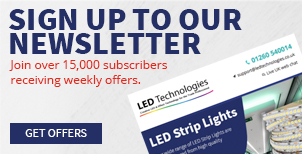